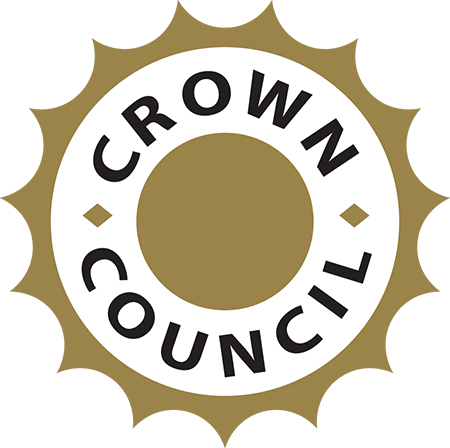 I was wondering if anyone would be able to help me with telling the difference in porcelain and zirc crowns by looking at the inside of them????

I was wondering if anyone would be able to help me with telling the difference in porcelain and zirc crowns by looking at the inside of them???? Continue

THE TRAGEDY OF AN INFECTION

This great post by Steve Anderson in this weeks Total Patient Service Blog....

The Tragedy of an Infection
The tragedy at our local elementary school this spring was the husband of one of the third grade teachers who cut his finger at work. He washed it and put a small bandage on it. In fact, he washed it every day. It did not seem to get much better, but because it did not hurt, he just kept cleaning it until his wife, the teacher, insisted he go and have it checked out. By the… Continue

Take me back to the Black Hills...Dr. Dan Custis and Team!

It's one thing to be surrounded by beauty in the Black Hills of South Dakota as I had the opportunity to visit Dr. Dan Custis, his lead hygienist Linda (also his lovely wife), and team--its another thing to observe some amazing things they are accomplishing there in those Black Hills as well.  This highly trained team invited ToPS into their practice to be refreshed and invite new ideas into their practice.  Their care for patients in what seems like a small town has resulted in being "THE"…

Dealing with the DIFFICULT patient.

Challenge
Years ago we had a bookkeeper that was “difficult.” (Or so I thought.) It seemed like every time I presented any type of idea to her, she found multiple reasons why it would not work or why it was not a good idea. For example, one day I was talking with her and suggested that it was probably time to hire another team member in the accounting department because we were growing and the amount…
Continue

Have you lost your connection?

Why Groupon Is Poised For Collapse

"Why Groupon Is Poised For Collapse"

I thought this article was worth passing along to everyone.

Here's a great video presentation titled, The surprising truth about what motivates us.  I found it compelling and thought you all might enjoy watching it.  It lasts about 10 minutes and is well worth the time!

(By the way, this video was nominated for a "Webby Award")

"It is one of the most beautiful compensations of this life that no man can sincerely try to help another without helping himself." Ralph Waldo Emerson

There is no such thing as a “self-made” man or woman. We are all the product of the people we have met, the books we have read, and the mentors from whom we have learned.Sharing what we have learned with others is one of the responsibilities of the learned. Once you possess, it is in the giving away that you gain even…

We exceed expectations in an environment that leaves everyone smiling…

Here's another idea to promote Smiles for Life.  I set Dr. Michael Edwards of Optima Dental Group in Union, MO up with an interview on a local radio station to talk about our Smiles for LIfe whitening promotion.  We chose St. Louis Children's Hospital's Healthy Kids Express Dental Van to receive half of our donations.  The dental van is like a dentist's office on wheels that travels to underprivileged neighborhoods to treat children.  A full-time dentist and dental assistant treated… Continue

Would you be willing to "Act Like A Rookie?" Drs. Joanne and Greg Szalai and Team in Allen Park, Michigan can tell you how....

Drs. Joanne and Greg Szalai along with their team have taken things back to the basics...and are acting like Rookies again.  This enthusiastic team greeted me with so much energy yesterday morning, sharing all the successes they have experienced since we last met, specifically getting back to the basics.  As a team they have peeled away some of the framing from the past and by doing so, discovered areas of opportunities that had been forgotten in the practice---one area as basic as offering…

Just wondering if any of you have used WEAVE for your recall reactivation. Looking into different options so if you have some great ideas you would be willing to share, I would live to hear from you.

Hola amigos, I want to get a wireless portable intercom for about 10 people. Any ideas of what is working for you guys ??

Where can I get a good system ?

Feeling the Aloha and "Making It Happen" In Hawaii!!

If any of you have ever dreamed of taking a trip to Hawaii and surrounding yourselves in the local culture....this may be your lucky day!  Looking out the glass windows of Dr. Greg Hurtado's office in Waipio, Hawaii, I am surrounded by beautiful mountains, sun, and mostly--the local flavor of the people here in Hawaii.  One would think that on a small island surrounded by turquoise waters there would be a challenge with New Patient Flow, exceeding production and collection goals--even…

Congrats to our hygienist, Karen, you are quite the little entrepreneur!!! We wish you much success!!!

Hello all---I have spent the last two days working with Drs. Frey and Thompson and their "Diamond Divas" on their team (they actively look for their Acres of Diamonds...) and wanted to share that this practice has doubled their New Patient Flow in the last 6 months simply by ASKing more patients internally and externally to join their happy dental home.  We focused on how to identify at least two or more patients at the MOM and who has the best relationship with that patient, to ask them for… Continue


It is everybody’s challenge–to retain the information you want to retain so it will be available when you need it. There is an abundance of information about the speed with which we forget things. Less plentiful is any sound advice about how to avoid…