ARE YOU A PROFESSIONAL FAILURE 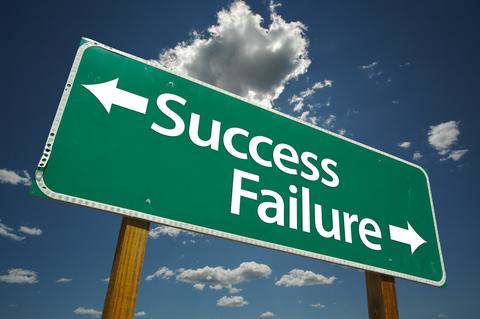 It is interesting to note that the majority of impressive achievers have experienced a long list of failures.  Thomas Edison may be the champion of this category.  He was the most successful inventor of the 20th century.  He failed more times than any other inventor.  He failed thousands of times in attempting to find the proper filament for the first electric light bulb.  Another candidate for failure championship was Henry Ford who was bankrupt at the age of  40.  Then there was Babe Ruth, the home run king who set a record for the greatest number of strike-outs of any other batter.

That deals only with a few of the highly visible professional failures.  There are hundreds of others.  There wouldn’t be much profit in devoting time to failure.  The question is how do those failures become so successful?   One secret to it all we could call following the law of probabilities. That is, if you try enough different ways, and you learn from each test or failure,      you must inevitably be successful.  The fear of failure, on the other hand, causes people to try fewer and fewer things, thereby lowering the probability that they will ever achieve anything of consequence.

One obvious conclusion is thatyou should  not concentrate so much on avoiding failure that you avoid success.  Move forward and take intelligent risks, thinking them through in advance and learning all you can as you go along.  The more you think, talk  write and  work on achieving  your goals the more successful you will be.

This applies to relationships, too.  Just because we make a mistake (failure) in our relationship doesn't mean we give up on it.  Sincerely apologizing and asking forgiveness can allow us to keep going to make that relationship extremely successful.  This is particularly important in a marriage relationship and, closely following, other family relationships. These relationships are worth similar extreme efforts in finding the right "filament" and not giving up along the way.