ARE YOU UNDER THE WEATHER? 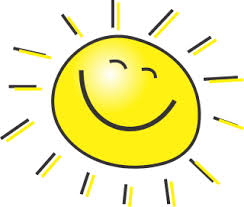 So you wake up to a sunny day.  How do you suppose the weather will influence your mood and disposition and the disposition of those you encounter during the day.

You might say sunny weather will surely contribute to  light hearted happiness.  But  the researchers say “not necessarily “  because nearly half of the participants in a  recent study claimed that they were unaffected by the weather

In the survey, 12%  of mothers reported that they had worse moods on warm sunny days. and sometimes had summer blues which may be more prevalent than we think.  So while sunlight doesn’t reliably boost as much happiness as we might think, it can help to minimize feelings of irritation and frustration.  If you carry that too far, however, so that it gets too hot, the effect of sunshine can take a dive.

What about the effect of rain?  A study over a million Americans suggests that showers may cause a momentary depression.  They don’t seem to change the way we feel about our well being on days that are both sunny and cold.  While most bad weather can trigger gloominess, in the short term, some new research connects low moods to better decision making.  Then there are “gray kitty cat days.”  that sound rather warm and cuddly.